Sooners Football Head Coach Lincoln Riley took the reigns from Bob Stoops just a few weeks ago, and he is already on a recruiting roll. The Sooners have had many new recruits during the few weeks under Riley. Some thought that the retiring of a coach of such high caliber as Stoops would hurt the recruiting process, but it has seems to do the opposite. Players are excited to play for a young, fun coach that they can relate to. Lincoln Riley is only 33, which makes him the youngest head coach in college football history.

Under Coach Riley, the Sooners added 7 players to the Class of 2018, 4 Star DE Ron Tatum III, 4 Star QB Tanner Mordecai, 4 Star WR KenDarrius Taylor, 4 Star CB Jordon Austin, 4 Star WR Treveon Johnson, 3 Star RB Tavion Thomas, 3 Star WR Jaylon Robinson, and JUCO OT Tramonda Moore. Riley also added Dillon Faamatau to the Class of 2017, and the first 2 Recruits to the class of 2019, 4 Star QB Spencer Rattler, and 4 Star TE Austin Stogner. All of these recruits by Riley in less than a month show that he means business and that there are only more to come.

Coach Riley also hired new Assistant Coach and Defensive Tackle Coach Ruffin McNeill, who he coached with at East Carolina and Texas Tech. The two are great friends and only have the upmost respect for each other and their coaching talents. When Riley was asked about how to be a successful coach, he responded with “Most important thing to me is work ethic and to be yourself”. That’s exactly what HC Riley is doing with the team and the recruiting process.

The newly-coached Sooners have their eyes set on the prize this next season, the prize being the College Fooball Playoff and National Championship Game in Atlanta. The shirts that the players wear to workout every day say “Attitude, Toughness, Leadership” on them, which spells out ATL, the location of this season’s CFP. 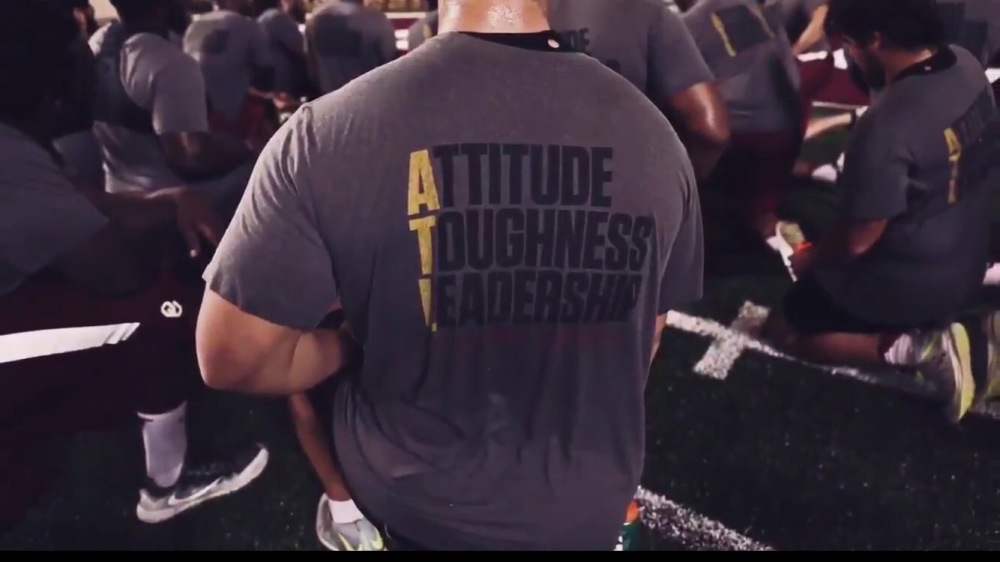 We are all excited so see what else Lincoln Riley will do for Sooner Nation, but for now, only time will tell.

View all posts by Anderson Inman